Turned around backwards so the windshield shows . . .

Every streetlight reveals the picture in reverse . . .

Still, it’s so much clearer . . .”  lyrics from, “Nightswimming,” as performed by

I heard the stirring sounds of oboe and strings.  Immediately my hand, momentarily, went to my heart as my mind raced towards the youthful summers of my past.  Reaching down for my phone as I drove, I waited until I reached a stoplight before snapping a picture of the song title.  Later, I would use that picture as a reminder to not only add the song to one of my Spotify playlists, but also as a potential source of inspiration for a later written piece.

Photo by Pixabay on Pexels.com

Photo by Gimmeges on Pexels.com

I continued listening, and even replayed it later, a few more times, allowing random images of the past to flash through the movie screen that is my mind’s eye.  Nonsensical was the order as memories from all different ages hit me: The scent of green beans and sliced tomatoes; the summer soundtrack of cricket chatter offering background sounds to a quiet conversation with one of the neighborhood boys as we sat on his family’s wooden rail fence, seemingly late into the dark of the night, until my mom came to the front door to call me inside; the distinct metallic resonance of a water hose spraying car hubcaps on a sunny Saturday morning; hot rays of sun penetrating any exposed skin; the taste of Honeycomb cereal—a special treat courtesy of grandparents; kickball games and childhood tempers; family gatherings and church picnics; vacation bible school and late morning wake-ups; summer jobs and money to burn; roller skating and record playing; The Midnight Special and the discovery of album oriented radio (AOR); ice cream, French fries, corn on the cob, family treats of bottled pop guzzled alongside my three siblings to the sounds of music, laughter, bickering, and, yes, much to our Mom’s disapproval, burping contests . . .sweet, savory, summer.

By August, although though I would have never admitted it aloud, I was a bit bored and semi-ready for the routine and social aspect school brought with it.  It was always a new start, as ripe and juicy with possibilities as a July watermelon. Usually it began with several sleepless nights filled with anxious wonderings regarding teachers, classmates, classes, workload, and of course, the never-ending, but unspoken worry of my youth, “Will I fit in this year?”

Updated clothes, newly sized trendy shoes (or at least as updated and on-trend as we could afford), unblemished notebooks, sharpened pencils classically scented of wood and lead; plus a new tube of bubblegum Bonnie Bell Lip smacker for pockets, and a pink bottle full of Love’s Baby Soft Cologne—these were the shiny, sparkly implements waiting to be used on that first day.  Inevitably the bus stop would be chaotic and competitive, the bus ride smelly and hot, schools halls redolent with scents of newly applied floor wax and cooked cabbage or other such malodorous vegetable. Then, there was always that first step into the classroom, the moment of truth, the feeling of dread, or hope. Who was your teacher; and, more importantly (at least at the time), who was in your class?

Crossing the threshold, summer’s enchantment crumbled like chips in the bottom of a foil bag, and the new reality began to itch slightly as if bitten by one mosquito only to later mercilessly feel the irritation of numerous bites waking you in the middle of the night.  This was what happened, or so it seemed, between day one and day six of school. First days made it all seem manageable, fun, and even lighthearted, followed by homework, tests, and requirements that started building in crescendo-like fashion until finally reaching the climax at the end of a grading period, only to begin once more with the next.

And yet, in between, in between the raindrops of assignments, and storms of essays and exams, there were those moments, those times, when you just knew, just felt you were either going to rock this world or be crushed by the world; and this unknowing, somehow felt exhilarating, tantalizing, and even breathtaking. The world was filled with an endless array of possibilities, potential, and even dangerous, but tempting, pitfalls. It all seemed right there, alive, and at your fingertips for the taking.  Drunk on youth, heady as it was. 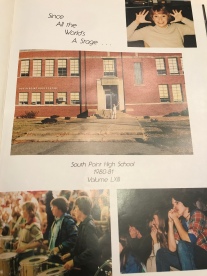 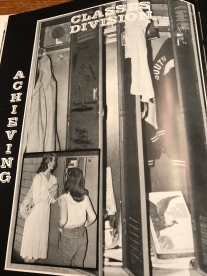 Looking back through the rear windshield of time, I sometimes grow nostalgic for that spine tingling longing that is uniquely part of youth.  Oh, it’s not that I am dissatisfied with my life. Quite the contrary. It is merely that I truly did not know what I had when I was young; but then again, none of us truly do until we are years removed it.

Perhaps that is why my husband and I still teach, still go out on dates, still workout, and still hold hands.  Perhaps that is why we are drawn to conversations with young people, allowing us to bask in their energy and vivaciousness. No, we are not trying to be young again, nor are we trying to relive our youth.  Rather, it seems to me, as if we are appreciating the NOW, the now of the moments we are living, and the now of the relative health we possess.  You see, we have caught glimpses of the other side, the next step of progression as it were, and now own the life-wisdom to know—to know and to appreciate bursts of energy found in exercise; to linger a bit longer over date conversations; to savor the comfort, and tingle, that comes from holding hands, embracing, and even kissing.  We value the vibrancy and vigor of youth and allow it to fill us with inspiration, laughter, and hope—endless, boundless hope. After all, hope, it is said, springs eternal.

Goodbye, summer, my dear friend.  Even though, I know by calendar-time, you will linger a tad longer. I must leave your dreams, your reverie, your romance, and return to a new reality. A land filled with the sights of unblemished whiteboards and post-it notes of reminders; the feeling of a busy, new schedule and a rushed routine; the scent of floor wax and dirty gym clothes stuffed in a locker; the taste of rapidly thrown down lunches and vanilla or mocha coffees; and, the sound of blaring early morning alarms and the banter of middle school students.  A new school year, a new start, as ripe, sweet, and prickly as the blackberry brambles of mid-July, begins this week.

“These things, they go away

September’s coming soon . . .” lyrics from, “Nightswimming,” as performed by