“Dear one, I know that you are suffering, that is why I am here for you.”—Thich Nhat Hanh, True Love

As a kid, I took great pride in my Bible quiz knowledge. One of the various bits of trivia for which I knew the correct response was, “What is the shortest verse in the Bible?” Answer: “Jesus wept.” Yet, I never pondered its real meaning as youngster.

When my daughter, Madelyn, was quite young, she loved romping on the bed in the bedroom that belonged to my husband, John, and me near her bedtime. She giggled and squealed as her flaxen hair was tousled about as if it were party streamers while she bounced energetically on her knees, expending her last bits of energy.

One full-moon evening, Madelyn made her usual mad-dash scramble up the traditional hope chest at the foot of our bed and over the ornately carved foot-post at the end of our bed when I heard her cry. I had been walking behind her, but had paused to pick something off the floor, so I did not observe her ascent. Instead, I looked up in time to see she was falling, and her cry was different—not the typical sounds of short-lived pain from an unexpected stumble. 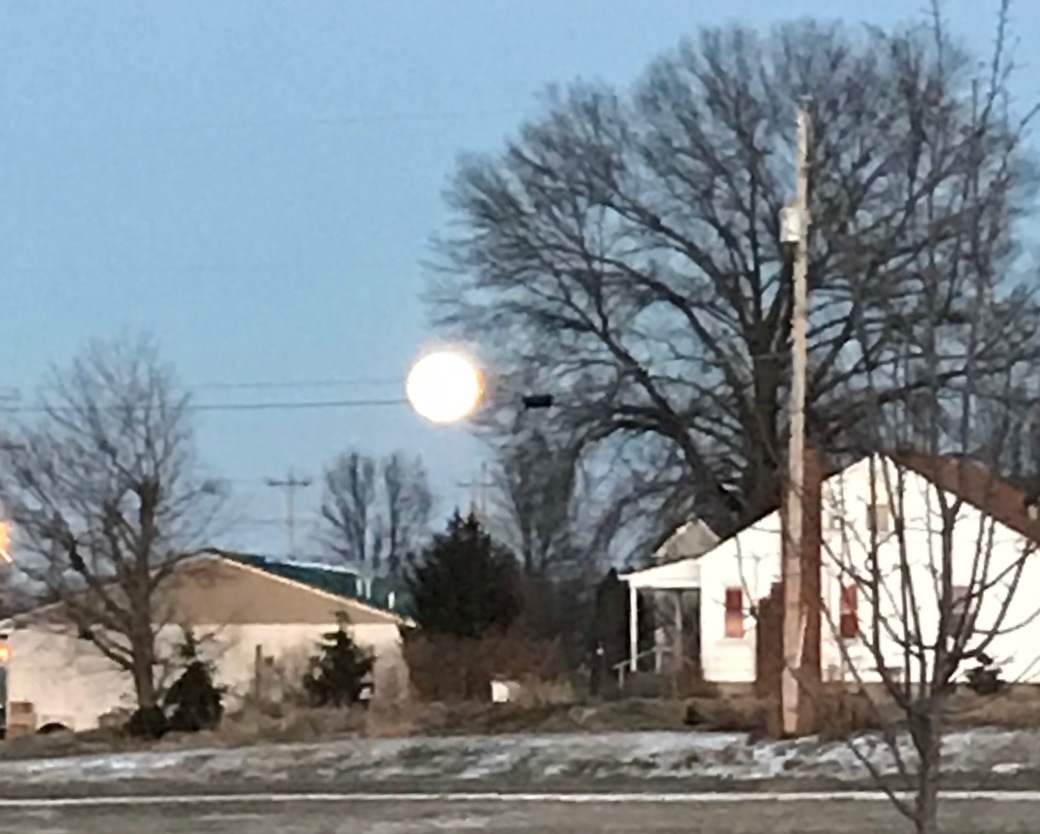 Hustling towards Maddie, I scooped her up, and began to hold her close, but immediately withdrew my arms because it made her cry more. I attempted to find a way to take her into my arms without creating more pain. No matter how I adjusted my hold, she continued to screeched. Something was very wrong, my mom gut told me.

Later, during the process of moving Maddie to the car, placing her into the child safety seat, and carrying her into the hospital emergency room, I found myself constantly fumbling and inadvertently instigating more of her pain. My heart hurt every time I did this. 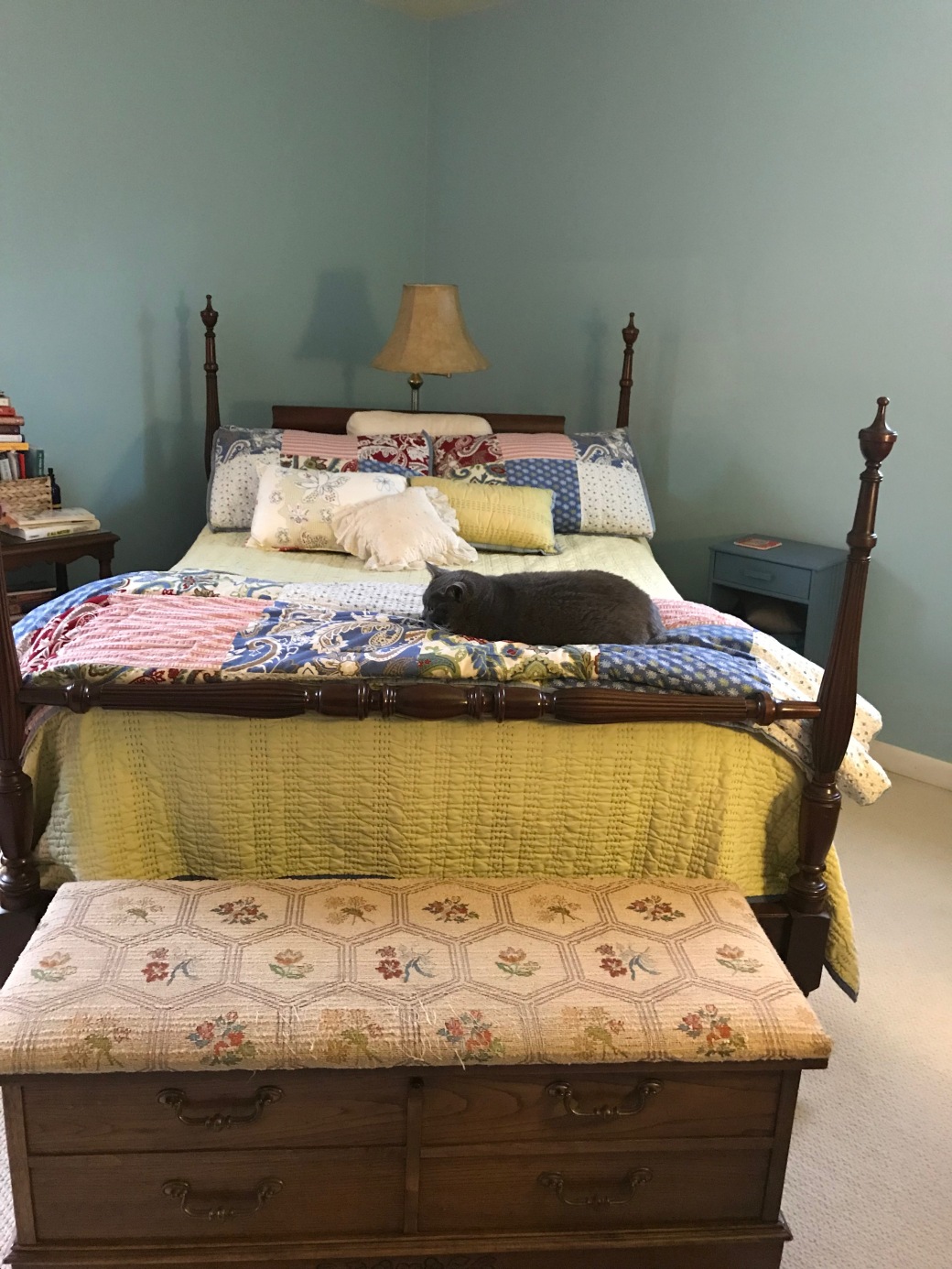 I hurt on two levels. One, I simply could not take her pain away. Secondly, in my attempt to comfort and/or give her help, I often caused more pain. Each howl of pain was as if I had the wind punched out of my gut. Why couldn’t I make her better? No answers came as tears stung my own eyes.

The reality was I could not, per se, make her better. I was not in control. In fact, as much as I’d like to think I am, I am not in control of life—at least with regards to others’ and events. I can only control my thoughts, my actions, and my reactions to situations. And, if I am honest, my thoughts are often a mess of clouds because I feel deeply and struggle to rise above those feelings. Thus my actions and reactions often fall short, just as they were on the night we discovered Maddie had a broken arm.

The more I tried to hold her close to me and offer what I thought was comfort, the more I was compressing her right forearm where the break had occurred. It was only at the hospital, when she decided to sit on my lap facing away from me, so that she could lean her head back on my chest allowing her arms to dangle freely that her cries were allayed. Later, the staff would surround her tiny arm with a large air cast to protect it and allow her to sleep until we could see an orthopedic doctor the next day.

Maddie’s arm needed the space the air cast provided.   It allowed her body to rest, so her body could begin the process of repairing her broken bone.   Once the glittery, purple cast was later in place, she had a more firm armor of protection to allow the unseen God-created healing process to occur.

She wore that cast for weeks. It caused her skin to itch. Around the ends, where there was white fabric, it became gray and dingy—no matter how hard we tried to keep it clean. Additionally, a smell began to emanate from the cast after a few weeks. In spite of all of these perceived negatives, an unseen, miraculous work was ongoing underneath that faded purple cast.

Within six weeks, her arm was healed enough to remove the cast. The skin underneath was pale and withered looking. Furthermore, her arm was a weak from disuse, and the fine motor muscles of her hand had lost a bit of their dexterity. Time and space was still required for the final curative steps.

Through it all, John and I were with her. We helped when she really needed it, but we also encouraged her to do as much as she could independently including dressing, feeding, and playing. It was her right arm, and she was right handed, so it would have been a great disservice to do everything for her.

So it is with life. There are times when our loved ones are suffering, hurting, and experiencing unbearable pain. We want so badly to take their pain away from them that just as I did to my daughter. We push so hard to help, to say the right thing, or do the right thing that we unintentionally create more pain and/or suffering for our Dear one.

Often, our loved ones need our presence, but nothing more. They need to know they can lean against us, as Maddie did on me in the emergency room and allow their pain to just be. And just as I sat in that hospital waiting room with Maddie and John, putting our faith in unknown doctors, so too must we put our faith in the Divine. We may not understand why they have to suffer, but we can lean into our faith for support just as Maddie leaned against me, and I leaned against John on that long ago night.

Lastly, just as Maddie’s arm needed space and time to heal, so it is with suffering, pain, and illness. Neither John nor I could see all the extraordinary healing that was occurring in Maddie’s arm even when, from my outwardly senses, it appeared nothing was improving. We could not control the pace at which it was restored either. Yet, her body was mending at the precise God-created pace. And, just as John and I encouraged Maddie to do as much as she could independently to maintain some strength and deftness despite her injury, so too are we maintaining or building strength and resilience through suffering.

I cannot explain the “why” of human suffering. It still painfully wounds my heart and gut when I see other hurt. I often weep at the sight of seeing much pain especially when it comes to those near and dear to me. I want to take their pain away. I want to take control, but I cannot. And so, this is one of the many faith lessons on which I must continue to work and ponder; however, I am comforted with the knowledge that even Jesus wept upon seeing his loved ones hurting.