“This too shall pass.”–Persian adage

The schedule for the day, as is often the case on Saturdays, was full. My to-do list was inscribed and fortified via thorough mental rehearsals for several days prior.  In fact, Saturday was really only a continuation of a busy week filled with items needing to be completed and a forecast of another week just like it coming up. Nothing insurmountable as long as the steady pace of productivity persisted.  Get. It. Done. Girl.

Friday was a late night, at least late in my early-bird world. John, my husband and co-worker, and I had, along with the rest of the St. Joseph Catholic School middle school staff, chaperoned a Christmas themed dance for our students.  Combine that with an after-school writing club that I sponsor on Fridays, and I wasn’t able to leave school that day until after we cleaned up from the dance. No big deal, other than we had not yet eaten dinner, and I needed to be up fairly early the next morning to teach two classes at Brown Dog Yoga in Ashland, KY.

Therefore, John and I headed to a nearby Asian restaurant in hopes of avoiding a heavy dinner for my sensitive stomach.  Steamed vegetables and rice seemed light enough. Once home, I did feel extremely tired, but nothing too unusual. Thus, my thoughts once more pursued that mental list of appointments and “must-dos” as I drifted off to sleep. 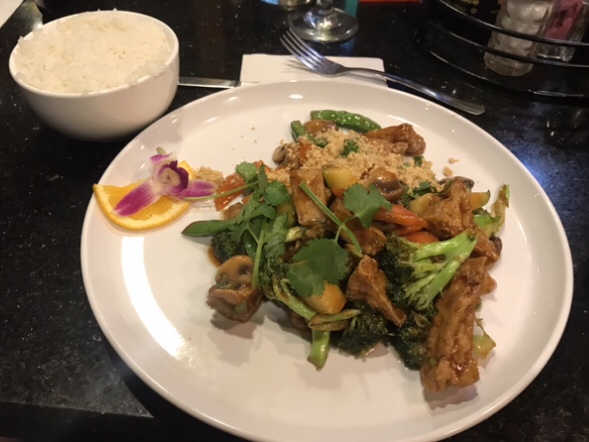 After a restless night, I stepped out of bed the next morning, and knew, as soon as my feet hit the floor, my stomach was upset.  Not unusual, between eating late–a new found age-related issue–and my celiac disease–cross-contamination of wheat products is a threat any time I dine out–I wasn’t super worried.  Sure, my belly was protesting, but if there is one thing I do well, it was persist . . . at least that is what I told myself with dramatic mental flair.

Driving the thirty minutes to Ashland, my stomach only complained more.  It’s the curvy state route over which I am traveling.  That seemed like a plausible reason to me.  You ate a late dinner.  Plus, you didn’t sleep well last night.  Maybe a wheat noodle was accidentally cut into your rice.–Okay, that last thought was logic-defying, but these are the types of lies I tell myself even when the proverbial handwriting is on the wall.

Arriving at the yoga studio, I still did not feel better, but as the clients began to arrive, I was able to focus on them, taking my mind off my own digestive distress.  In fact, as I taught through my first class, I was convinced that if I’d just give it time, whatever was upsetting my stomach was sure to subside. You’ve been here hundreds of times, Steph.  This is not a big deal.

Heading into my second class, heated yoga, I was 80-90 percent convinced, this was all in my head.  Now, to clarify, the warm yoga classes at our studio never have the temperature set higher than 85 degrees fahrenheit, so it is not an unreasonable temperature, especially on a chilly Saturday morning.  In fact, I embrace the warm temperatures as I tend to be cold natured. However, half-way through class though, the heat began to increase my nausea as a feeling of imminent misery began to grow deep within my gut.  Swallow.  Swallow. Keep focused on the clients and the flow. Swallow. Swallow. Focus on their needs. Not. About. You.

I made it through, and convinced myself that nothing was wrong once I was outside of the warm room.  This too shall pass as my Dad is fond of saying.  He’s right, you know.  This will pass.

Determined, I drove to my next stop–a hair appointment which had been scheduled six weeks earlier.  Arriving early, as the appointment time had been slightly changed, I decided to take a nap in the car.  Seemed logical, despite the fact I don’t typically nap, much less take one in my car. A nap will allow your stomach to settle.

Erin, my stylist and salon manager, warmly greeted me as I entered 20 minutes later, and we talked a bit.  Then, she took a good look at me.

I assured her I was fine, and she assured me that we could reschedule the appointment if needed.

Fortunately, as the manager, she is often pulled away from the chair to take care of minor issues as they arise.  Several issues later, she was finally ready to mix my hide-the gray-color. As she walked away to mix up the colorful magic, I urgently called after her.

“Don’t mix the color,” and I ran to the public restroom, embarrassed, but worried I wouldn’t make it in time.

For the record, there is nothing more humbling than being forced to, shall I say, bow before the public porcelain.  Ironically, thoughts of all of the germs I must be encountering filled my mind as I contributed my own germs to the water below.   Why now?  I have an entire list of things that must be completed, plus another appointment in Barboursville, and Christmas party tonight. . .or, so I thought. 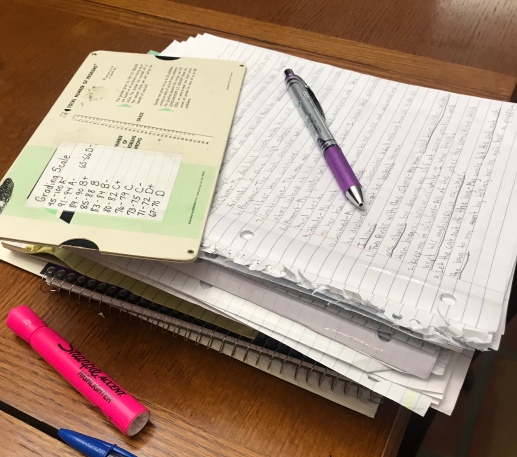 “Best laid plans of mice and men . . .” a saying my mom is fond of repeating came to mind.  Why do my parents’ words still continue to haunt me at my age?

Dad and Mom were both right.  The stomach bug did eventually pass, a few days later, and my perfectly timed plans were, well, publicly flushed away as I was forced to drive home, crawl into bed, and not leave except for, yep, you guessed, more visits with white porcelain fixtures–but at least it was my own!

The moral of the story?  God has a funny sense of humor?  While I suspect that’s true, it was not my take away.  When life gives you a virus, write a story? While that is always a possibility with me, it, too, was not the lesson.  No, for me, it was all about the arrogance of “I” and my attachment to my ego.

I had to let go of my perceived control of life, and allow life to unfold without me.  I had to humble myself to a virus.  I was forced to face the fact that I am not in control–not even a little.  As the hours ticked by, the dear faces of my daughter, Madelyn, and John, appeared, hovered, checked, covered, and cared for my withering ego and temporarily waning body.  Daylight dimmed to darkness; night hours stretched out with simmering suffering; the sunrise eventually, but slowly, slithered through panes of glass; and still, time ticked on without me.

And perhaps, that is one of the greatest gifts of the holidays, or “holy days.”  A designated day to renew our faith and set aside time to rest–preferably not ill– and recharge, gathering with the ones we love, and perhaps even, swap a story or five.  Time spent together– savoring the sweet, simplicity and comfort of laughter, love, and the present moment without any focus on “I.”