“You could cover the whole earth with asphalt, but sooner or later green grass would break through.”–Ilya Ehrenburg

“Every blade of grass has its Angel that bends over it and whispers, ‘Grow, grow.’”–The Talmud

The largest part of my childhood was spent in a tiny cul-de-sac built into the valley of U-shaped hills.  A creek ran down the back of one side of the neighborhood, and behind it were steep, rocky hills. Along the rear of the opposite side of the neighborhood–the side on which my family and I lived–was a low hill with a gravel road running along its flattened top with tall wooded hills soldiering alongside this.

During the summers, my mom ran a fairly tight ship with my three siblings and me, even during the times she wasn’t home.  While we were permitted to sleep-in within reason, we typically had a list of chores to complete, limits on the time we could watch the family TV, and we were, most of all, encouraged–aka ordered–to spend most of our days outside.  Ironically, however, she preferred us to stay in our own yard.

As a parent, I now understand why she enforced this rule, but as a kid, it certainly seemed, “not fair.” Looking back, it seems to me that she wanted to be able to look out one of the windows in our small, ranch-style house and be able to see us. However, there were soft edges to her boundaries that we eventually discovered because–as children do, especially me–we tested those edges for firmness.

Typically, we could climb up the moderate hill in our backyard and play on the portion of the “backroad”–as we called it– that was within view of the kitchen window.  It was, in actuality, an extended driveway to a family farm just beyond our neighborhood; thus, the only traffic on this road, as best as I can remember, were those traveling to and from this home.

Likewise, we could also play in the street in front of our home.  Again, we needed to be visibly seen from the house–this time from the picture window in the living room–as the only traffic flow was from neighbors traveling to and from the four houses around the top of “the circle,” as we called it, one of which was my own childhood home.

Our summer play varied from year to year as our ages often determined the type of play in which we participated.  During my youngest years, it seems to me that play centered around the yard–often around the larger of the two trees in the front yard, the area around and on our small front porch, or in the backyard where the shady area would expand in the afternoons. These younger years, it seems to me, were filled with mostly imaginative play as we kids played “house,” “school,” and role-played popular shows and/or concepts on TV, such as “war” and “cowboys and Indians,” and other similar ideas.  Afterall, this was the seventies. 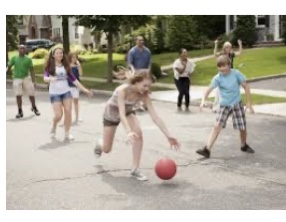 During my older years,  it seems that our play occurred often in and alongside the top part of “the street” and “the circle,” especially alongside the front of a split rail fence belonging to one of our neighbors, the Allen’s, that lined their front yard.  These were the summers of riding our bikes up and down the road, as well as playing more organized games; such as, wiffle ball, red light green light, dodgeball, monkey in the middle, football, and the ever-popular kickball. Tempers flared, egos grew quickly–and were just as swiftly deflated–swear words were uttered by the most daring, and time seemed endless.

Depending upon the year, but especially so during the summer months, once grassy areas would be worn down to flat brown earthen patches due to the heavy foot traffic of kids.  Most years, there was a brown, semi-oval shaped edge to our front yard that rarely held any grass. Likewise, in our backyard, there were bare patches alongside of our house as well as in parts of the backyard that recieved the heaviest footfall and/or wear and tear, such as under and around the swings of our swing set.  On the back road, irregular grassy sprouts would grow in the middle of the road and alongside it, but the path for the tire tracks would be worn smooth except for the gravely rocks. Meanwhile, the Allen’s poor fence line would begin missing patches of grass from the “teams” taking turns standing, sitting, or leaning on their fence, waiting for a turn to “at bat” or to kick. 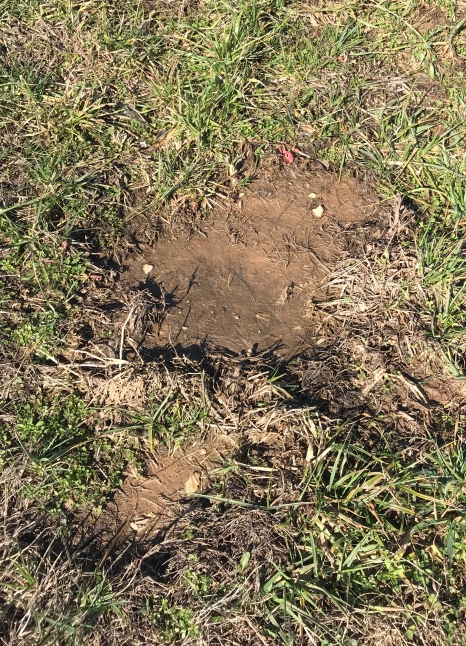 Once school resumed, fall became winter, and less foot traffic stressed yards. Come spring, the grass–albeit sometimes crabgrass–would begin to threaten to fill in those brown patches.  Then, our feet would trod down those areas once more. Eventually, as kids grew, leaving for other locations, I can imagine, as if viewing a time lapse video, the grass triumphed again and again–even with a new generation of kids.  Some areas may have required a bit more TLC, save for back road–assuming it is still used– but nature’s green carpet was sure to have returned; and so will you, Dear Reader. 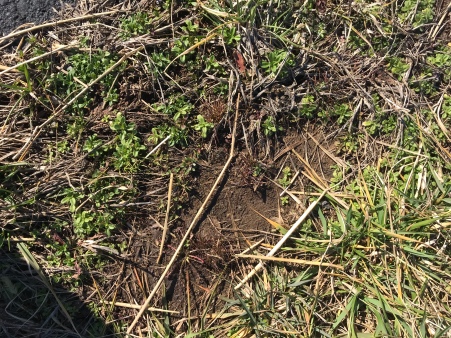 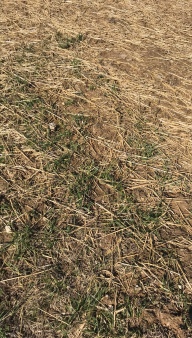 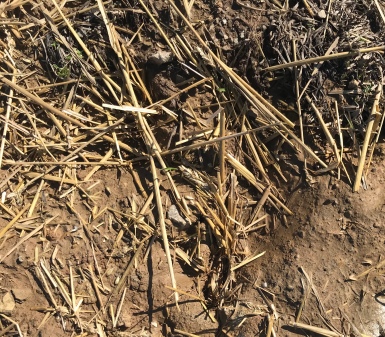 Eventually, nature’s green carpet would soon return, and so will you, Dear Reader!

Throughout one’s life seasons, wear and tear occurs.  There are times in which life can absolutely wear a person down. This can be manifested physically, mentally, and even spiritually.  Moreover, these wearing-down time periods often affect more than one aspect of a person’s being. Fatigue sets in, weariness abounds, and the proverbial grass from the past, in the future, or even the proverbial yards of others’ lives, seem greener and more lush–leaving us clasping and wishing for better, less downtrodden, times.  However, like those brown patches of earth from my childhood, eventually, with time, growth will occur–and that is the fact upon which to focus.

According to an old adage, it takes a fire to grow grass around a hydrant.  Likewise, it takes time to bounce back after an abrasive and inflamed time period in life.  Afterwards, you are often not the same person you once were, as you are more informed about life and your own inner strength/resolve.

Furthermore, it’s worth remembering that there are angels in your life, encouraging you to grow–even at your most worn-down time.  Sometimes these so-called angels can been seen, known, and identified as friends, family, coworkers, neighbors, and sometimes, even strangers..  However, there may be other times when you may not realize that so-called angels are guiding, prompting, praying, and nudging you towards regrowth.

You, like each blade of grass, were planted on Earth by The Divine Creator, to grow, change, and bloom into a unique creation.  Like each blade of grass, you are continually transformed by life’s seasonal modifications; but you can, and will, rise–face shining in the sun again.  As a matter of fact, in life’s ultimate conclusion, you will also rise, and angels will still surround you.

Don’t give up, Dear Friend, don’t give up.  Angels are everywhere, and new grasses are already sprouting their roots within you.