“In my daughter’s eyes/ I can see the future . . .and though she’ll grow and someday leave . . . When I’m gone I hope you’ll see/ How happy she made/for I’ll be there/ in my daughter’s eyes.”–James T. Slater as sang by Martina McBride

Driving home from Ashland Brown Dog Yoga on Saturday morning.  I had just finished teaching two classes, and the upbeat attitudes of the participants never fail to enthuse and infuse me with positive vibes. Therefore, I was floating on good energy during my 30-minute traverse along OH243, mentally creating my checklist for when I arrived home.

Quick bath. Add toiletries to overnight bag. Grab lunch from fridge to eat while John drives.  Gather towels to wash Sunday upon return home. Refill water bottle. Set dishwasher to run after midnight.  Unplug . . .Oh, man, I should call Mom. She had a couple of doctor’s appointments this week . . .

Talking hand-free to my mom as I continued my drive, we flitted in and out of multiple topics, meandering away from one subject, but then circumnavigating back to other unfinished subjects as if each topic was a colorful strand of a woven tapestry—typical of our mom-daughter conversation style. It occurred to me as we talked, how she and I communicate much in the same manner as my daughter, Madelyn and me.  In fact, I had just talked to Maddie only moments earlier upon exiting BDY.

“Okay, Mom, I just want to update you on the plans for today and tomorrow.  I’ve already talked to Dad; and, oh, before I forget, did you know . . .” 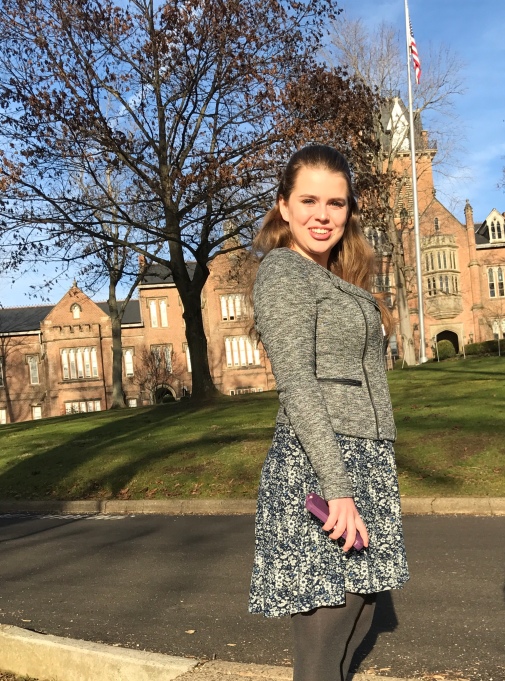 Pictures from the early days/experiences with Maddie at Bethany college.

John, my husband and Maddie’s father, and I would be heading to Bethany College about thirty minutes outside of Wheeling, WV as soon as I arrived home and was ready.  Maddie is winding down her second year of college; and, with the approach of finals, we were making the four-hour drive to gather most of her dorm room supplies to bring home.  This would allow her to bring the last little bit of her belongings home in her compact car once she completed her finals during the middle of our workweek.

Maddie and I had spoken several times throughout the past week figuring out how to best coordinate with her schedule as she had several events to attend at her sorority house over the weekend as well as the fact she needed to study for two finals occurring on Monday.  As is often the case, John and I have learned with the whole college experience, it best to not attach to one plan as these are often fluid every changing/ever moving. Kind like parenting . . . Kind of like the conversations I have with my mother . . .with my daughter . . .like I used to have with my grandmother . . . 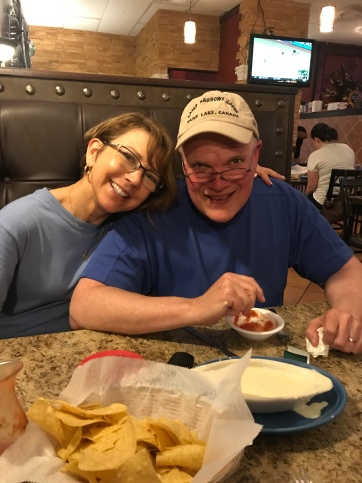 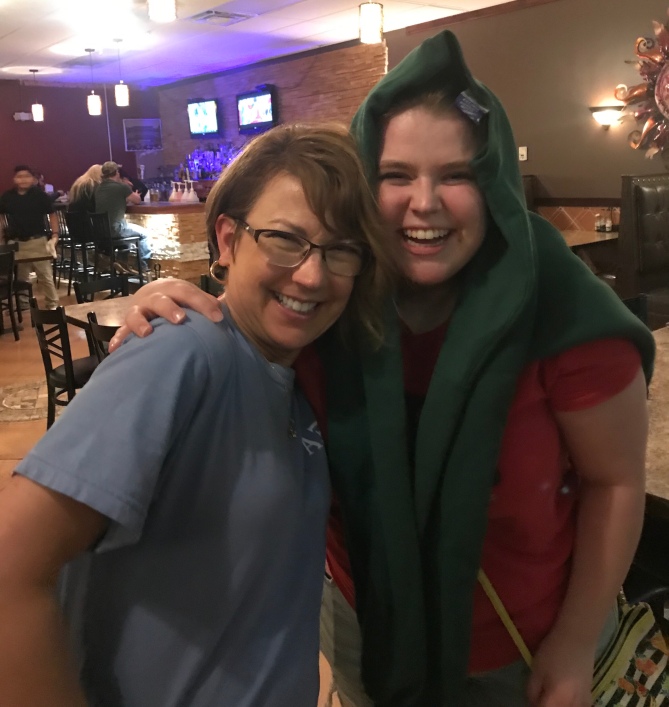 Eating at El Paso Mexican Grille the night before we packed most of Maddie’s things for John and I to bring home while she stayed on and finished finals.   Pictured:  John and me; Jillian (Maddie’s room mate) and Maddie; me and Maddie getting silly.

Moving day on Sunday morning: Jillian, Gigs, and Maddie at the ready to load up John’s truck.

Listening to mom’s story about her last doctor appointment of the week.  She talked of losing her family doctor, the same one she has had since she married, Jim, my stepdad.  It was nothing personal, in fact, the doctor had expressed to mom her deep sorrow for leaving Jim and mom, but she needed to move on to another position in order to improve her work-life balance.

“Who can blame her?” mom said.  “I remember being in my 50s and juggling multiple jobs.  After a while . . .” mom’s voice trailed off. Soon she veered into a seemingly unrelated story about her doctor and her daughter’s fondness for the musical, Wicked  . . .

Tears filled my eyes as I understood the reference.  Mom, Maddie, and I had seen Wicked a couple of years ago in Cincinnati.   One of the most beautiful songs, and our favorite, in the musical is entitled, “For Good.”

“Let me say before we part/So much of me/Is made of what I learned from you/You’ll be with me now/Like a handprint on my heart/And now whatever way our stories end/I know you have rewritten mine . . .” 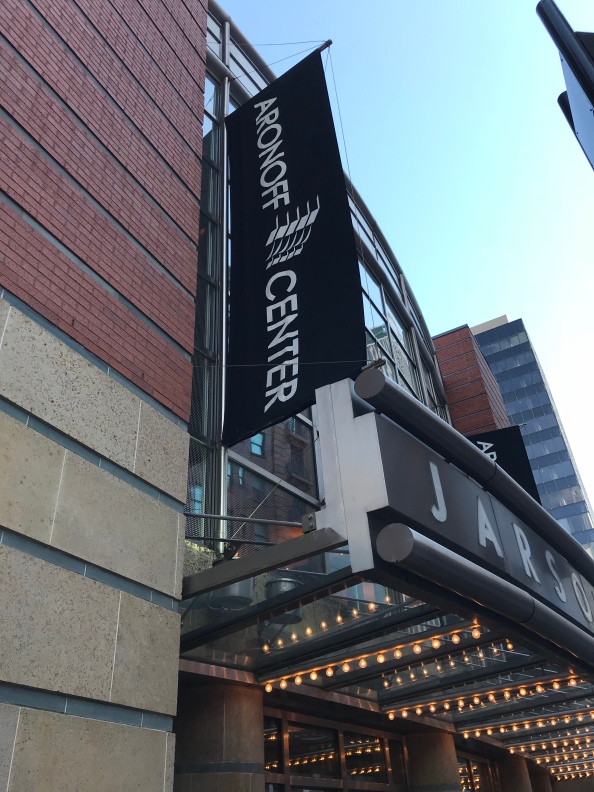 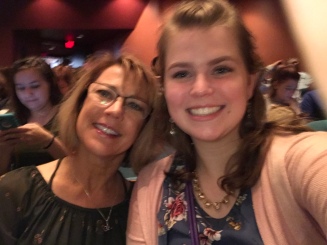 Maddie, my mom, Dolores Scherer, and me saw Wicked in the fall of 2017 in Cincinnati.

We talked some more, reflecting of her numerous trips with my Dad to pick me up from Ohio University in Athens, and that led me to briefly flash back to my two years after college living my grandparents. Refocused, we talked more about her doctor’s parting recommendations. Yes, she had already spoken to Mom’s new doctor.  Mom was assured Jim and she would be in good hands. “Handprint on my heart. . . .” 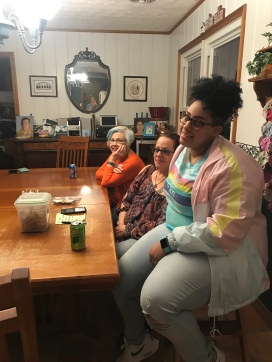 Recent photos of my mom with Maddie, my younger sister, Rachel, and one of my nieces, Naomi.

Her words led my mind to quickly wander back to an earlier moment of that morning.  I had looked down at my hands during the course of teaching yoga as the lyrics of, “In My Daughter’s Eyes,” began to fill the studio’s sound system from the songs of my class playlist, and in that moment, my eyes had also filled with tears at the significance this song once held, and still holds, in my own life. 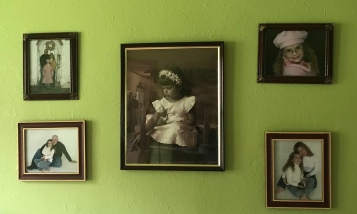 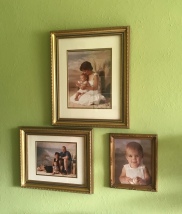 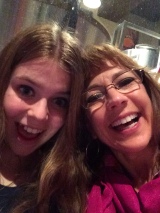 For my mom, there is no mom to call; and, yet, when I look at my mom, I see my Grandmother’s eyes there.  No they are not as milky as Grandmother’s were in the end, but it’s in the way Mom’s eyes light up at the sight of her family, her kids, her grandkids . . .the way I hope mine do when I see my daughter; and Maddie says, “Aw, mom, you’re not going to cry, are you?’

I am forever changed by these remarkable women.  Their voices, forever a resident in my heart: Grandmother Helen’s, “Stethie, I’ll let you go get that for me at the store” . . ..  Mom’s, “Stephanie Rene, have you finished straightening your bedroom yet? What are you still doing in that closet looking at those books?” . . . . Madelyn’s, “Hey, mom, I’ve just got to vent for a moment. Listen to this . . .”

“ . . .It’s hanging on when your heart has had enough/ It’s giving more when you feel like giving up/I’ve seen the light/ It’s in my daughter’s eyes.”

Happy Mother’s Day to all. 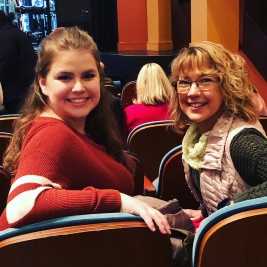