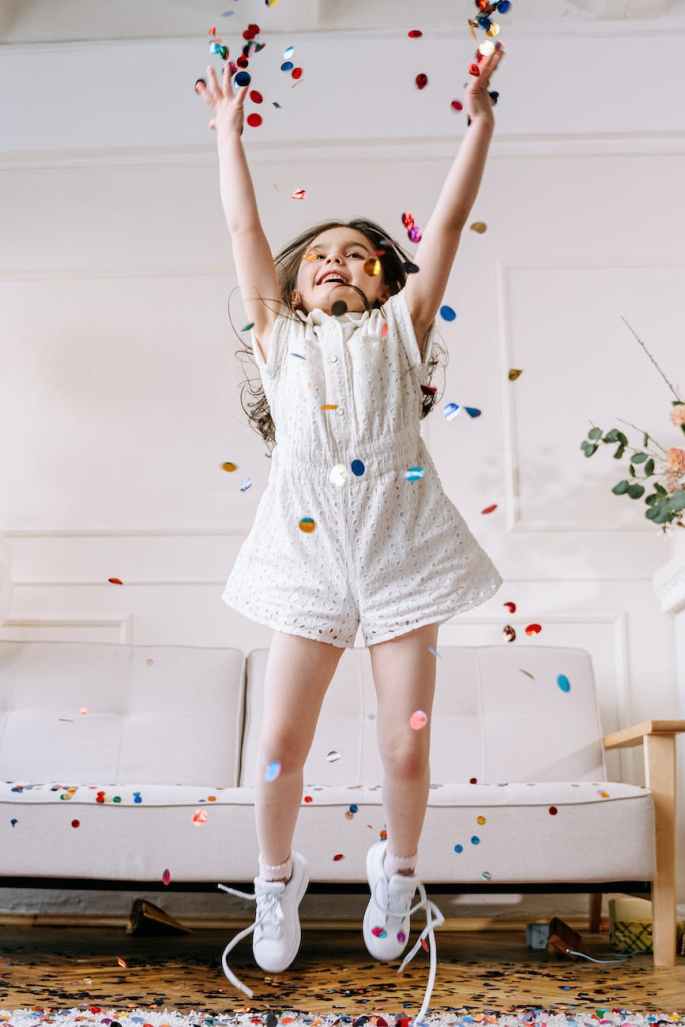 “Around the world, people who are physically active are happier and more satisfied with their lives.”–Kelly McGonigal

“Movement awakes and activates many of our mental capacities.”–Carla Hannaford

I was going through the movements of getting ready for my work day half-heartedly listening to a podcast whose title had promised much.  Unfortunately, like many podcasts, it ended up being another interview designed to promote the sale of a book. My phone was off to the side, away from my point of focus, so I didn’t immediately stop the interview.

Despite my lack of focus/interest, my ears perked up when I overhead a nugget of an idea.  Unfortunately, I cannot quote the idea precisely since I wasn’t fully focused.  However, the kernel of its intent resonated with me.  It was the idea that the main focus of exercise should not necessarily be to get “fit,” to maintain or lose weight, sleep better, or any of the other valid reasons.  Instead, the main goal of all exercise/movement should be to increase joy.

This was such an interesting thesis that I had to dive more into the topic, and it turns out science has quite a bit to say about this.  Of course, I nearly always feel better when I can integrate movement into my day.  Plus, I typically felt better after more “formal” exercise sessions.  However, this was all anecdotal.

Before diving into the research a few days later, my mind kept going back to the notion of reframing our relationship with exercise.  Dropping the typical exercise narratives–weight management, fitness goals, therapeutic/emotional release, better sleep and so forth was fascinating. Of course, exercise provides all of those goals and more, but the idea of letting those be the side dishes, and allowing joy to be the main course was intriguing.

After perusing numerous articles, I became super excited; I knew this information needed to be shared with my local community and beyond.  This felt especially important since I have previously written pieces fostering the notion that movement is for every unique body–even those with limitations, and it can be incorporated into daily life even on the busiest of days.  Armed with this information, I was ready to spread the word: More Movement = More Joy!

Exercise, even in short bursts of time, improves one mood. A study conducted by West Virginia University found that middle school students who regularly exercise feel overall happier.  This was a no brainer! Ask any educator what their students’ behavior and mood is like on days they don’t have recess versus days they get it, and you’ll most likely get an earful.  Kids instinctively know they need movement, and if they can’t get it via the playground, athletics, dance, etc.–they are going to find ways to move more animatedly in the classroom.  Otherwise, if kept from moving, they become sullen, whiney, moody, or even combative/confrontational. And, this is also true for adults.

Interestingly, in one study, researchers determined specific movements that not only are associated with the feeling of joy, but also enhance the joy when completed.  These include: reaching, swaying, bouncing, shaking, jumping, and an action called, “celebration,” an action that mimics tossing confetti overhead with both hands. One researcher, Kelly McGonigal, writing for the New York Times, created, shared, and posted a video in the article, “The Joy Workout”, based upon these specific movements.  The video is approximately eight minutes long, and can be easily accessed through a quick click of keys.  (It is important to note, after giving it a try myself, not all movements are appropriate for those with limited mobility or injuries; however, movements could be modified or even completed while sitting.)

Another interesting study I ran across stated that simply standing, sitting, or moving with a more open posture, as opposed to a closed posture, can likewise increase positive feelings.  Moreover, a smaller 2021 study focused on participants who were asked to go through a series of movements similar to those McGonigal studied.  Once more, movement, even those completed in a seated posture, increased feelings of happiness. Clearly, exercising with the goal of joy in mind is not a crazy notion.

My research continued, including studies from the University of Michigan, University of Iowa, University of Texas, and Northeastern University, just to name a few.  What I found was that scientists tended to agree that all forms of exercise/movement are beneficial when performed safely.  That said, aerobic exercise currently seems to have a slight edge overall in brain boosting potential, but that may be because it appears to be the most researched. However, all conclude that exercise and movement benefit the young, seniors, and all ages in between.  Whether a short burst of activity or a more formal workout, movement ameliorates the effects of depression and anxiety by boosting the production of serotonin, and other feel-good chemicals and decreasing stress-inducing hormones.

When we move, we increase our heart rate, which, in turn, moves more oxygen to the brain. As numerous studies indicate, increased oxygen to the brain mitigates symptoms of anxiety and depression. Furthermore, movement/exercise, when repeated frequently enough, can give rise to new neurons in the hippocampus, the area of the brain responsible for not only emotions, but also memory and learning!  This means that movement/exercise not only affects your brain in the moment in which you are participating, but it also makes positive structural changes over time.

So back to “The Joy Workout.” Does it work?  Well, only you can decide that. I will say that I found it clever, cute, and definitely made me smile.  However, you do not have to do “The Joy Workout” in order to feel joy in movement.  I found multiple, what I like to call, “movement-snacks,” videos and apps that offer 10-minute or less movement breaks if that’s your thing, such as the 7-minute workout, available on-line and in app version.

Of course, there are so many other ways to increase movement from taking short walk breaks, to parking farther away from your destination, from walking to another floor for a restroom break to simply stretching or walking/marching in place on commercial or pop-up breaks, and so much more. The important thing, researchers noted, is that you find ways to move and/or exercise that you enjoy, that can easily be incorporated into your daily routine, so that you will do them on a regular basis in order to reap all those joyful benefits.

Ultimately, who doesn’t want to feel more joy moving into the new year?  Help boost yourself towards that goal by determining ways you like to move.  The worst movement mistakes you can make are inactivity or repeatedly moving/exercise in a way in which you dread it.  Let’s keep it simple.  Focus on moving more, smiling more, and feeling more joy overall.  It doesn’t have to be any more complicated than that.